Kevin De Bruyne’s double strike was enough to help Manchester City see off Club America 2-1 in Houston on Wednesday as Pep Guardiola made Erling Haaland wait for his debut.

The Belgian international’s superbly taken brace settled a feisty clash at NRG Stadium but City’s new $61 million striker could only look on from the bench as the Premier League champions began their two-match US tour with a win.

This was Guardiola’s first pre-season match while Club America are three games into their Liga MX campaign and it showed as the Mexican side were organized and lively early on.

Haaland may have been waiting in the wings but fellow new striker Julian Alvarez, the Argentine international signed from River Plate, was making his first start for City.

He was subbed after 70 rather ineffective minutes of a match which threatened to boil over midway through the first half when both sets of players had to be pulled apart after Jack Grealish became involved in a pushing match with keeper Guillermo Ochoa.

The bad feeling shown towards the City midfielder extended into the second half with America fans jeering his every touch.

Both players were let off with a warning and on 30 minutes, Ochoa was left helpless as De Bruyne curled home an unstoppable effort from just outside the box.

The Mexican international was subbed soon after and his replacement was almost beaten by a fiercely struck Joao Cancelo effort but as the clock ticked towards half-time, City were undone by a long ball forward and Henry Martin saw off Ake’s challenge before rolling home.

The irrepressible De Bruyne, however, restored the lead when he was fed by Riyad Mahrez and finished clinically for his second of the evening just before half-time.

New signing Kalvin Phillips, the England international midfielder signed for $54 million from Leeds, came on as a central defender after the interval as Haaland looked on with Saturday’s game against Bayern Munich at Green Bay’s Lambeau Field the next chance to get his first minutes under Guardiola following his move this summer from Borussia Dortmund. 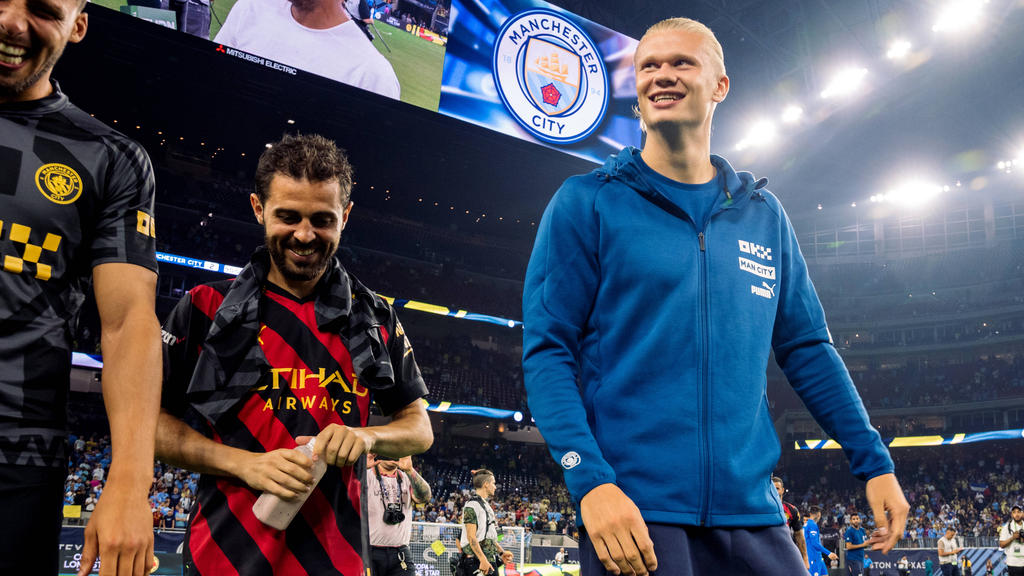